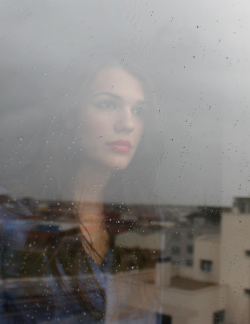 Not us. We couldn’t do that. Way too big, way too complicated. Outside our scope / interest / abilities / desire. Are you kidding me?

The strategic vision is where it all starts. For people and organizations, if you can’t envision it, you can’t (at least intentionally) become it.

Why do you think we can play with the big boys? We don’t have the resources, the people, the talent, the money, the support. Too risky!

The premise of acting strategically is that not changing is the road, whether long or short, to less impact, less result, lack of success and eventual cessation.

It scares me. It will require time we don’t have, attention we can’t give. We will fail, and where will that leave us?

Approach-avoidance is a psychological syndrome that affects us all, and through us, our organizations.  We discount what might be possible and otherwise exceptional because it daunts us and challenges us to act with intent and resolve, going new directions where the way is not easy nor familiar. We are afraid we will fail. We ignore the truth that we only learn when we bump up against change and challenge what we perceive as boundaries and limits.

Maybe the organization should do this, but it puts my role and my position at risk. As much as our vision of future success is compelling, what I see are new and large demands that I fear I cannot measure up to.

Psychologists talk about self-sabotage, practicing negative reinforcement by repeatedly avoiding or backing down from challenges. This unconstructive approach can propagate in groups, committees, teams and boards through social effects including:

So what do we do to quell those “we can’t do that” voices in our heads and at the conference table?

Make and ask for a demonstrable commitment. Research by pioneering social psychologist Kurt Lewin shows that by making and asking team members to make a public commitment to change – such as by raising their hands or standing to show that you and they are on board – will make the group much more likely to follow through in members’ behavior to act on the need.

Talk it through. Psychologist Liane Davey offers four steps that suggest what the leader or even a group member can do to try to resolve the group stalemate created by approach-avoidance conflict on the part of one or more members:

Nudge. Related to talking it through, research by Richard Thaler of the University of Chicago and Cass Sunstein of Harvard University shows the effectiveness of subtly nudging team members to make strategic decisions to pursue change strategies rather than trying to force a decision. They suggest asking open-ended questions to make the team member think “what if” and arrive at a decision themselves.

Take it in small bites. Research by Jens Forster and colleagues from Columbia University shows that “motivation increases as one moves closer to the goal: the goal looms larger effect.” Intermediate steps to the strategic vision, celebrated as positive outcomes, reinforce the value of future steps and increase motivation to continue on the road to strategic change.

Frame the change as an outstanding achievement to which to aspire. not in a negative way such as “saving the organization.” The Columbia University research shows that by framing the goal as “promotional” – aspirational, an accomplishment – rather than “preventative” – being responsible, seeking safety – people are more likely to pursue and achieve it.

Bring in a pro. A good outside facilitator has the skills to work with leaders and the team to counter approach-avoidance behavior and its group effects. The right outsider can use his or her neutral stance to bring the group around to an honest examination of the need for a new strategic vision, to consider significant options and to adopt and embrace a new course for the organization.