Case 1: The celebration that never occurred

Case 1: The celebration that never occurred 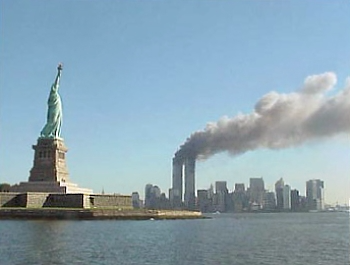 We often believe we are right when, in fact, we are wrong.

Believing we are right underlies why so many bad decisions are made. At the least, if we knew and admitted we did not know the answer, we would put more effort into exploring options and limiting risks when making important decisions.

For my upcoming book, Big Decisions: Why we make decisions that matter so poorly. How we can make them better, I have identified and categorized nearly 350 psychological, perception, memory, logic, physical and social errors, biases, shortcuts, traps, fallacies and effects that lead us into making bad decisions.

Now.I have been investigating cases where it seems that “believing we are right” has led to bad outcomes for leaders, teams and organizations. In the many high-profile current and widely known historical situations that I have examined, indications abound that the bad results have been produced by mental errors and traps. I can’t know for sure all of the factors that led to “right belief” that was wrong, but often mental traps and errors are obvious and in every case hints suggest what led to the bad outcome.

This begins a series of posts in which I unpack and diagnose situations and outcomes, along with some insight on what may have led to the undesirable results. (I cite several mental traps and errors in each case, but, in fact, I have identified many more likely causal traps and errors for each situation.)

Let’s start the series with “the elephant in the room,” a person who offers so many examples of “wrong belief.”  In this case, his wrong belief led to a ban, a demand for a wall and other unprecedented Presidential actions.

President Donald Trump’s believes that thousands of Muslim immigrants in New Jersey celebrated the 9/11 attacks on the World Trade Center.

While all credible fact checkers concluded that there is no evidence that any such mass celebrations occurred, nonetheless President Trump used this “alternative fact” to help justify what he saw as the need for an immigration ban from some majority Muslim countries.

Several of the many mental traps and errors that may have led to Trump believing he was right when he clearly was not:

Trump continues to peddle “alternative facts,” which are often easy for others to debunk. But false belief can be pernicious and not so obvious as it is in Trump’s case: When we harbor false beliefs, they are not obvious to us and can dramatically color our decision making.