Case 10: When what worked didn’t work 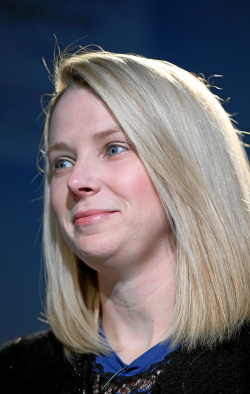 This post is the 10th in my series looking at cases where it seems that “believing we are right” has led to bad outcomes, sometimes even spectacularly bad results, for leaders, teams and organizations.

In the case at hand, past success was not a guarantee or future results: Mental traps seemingly blinded our protagonist to differing circumstances.

“DID IT BEFORE, CAN DO IT AGAIN”

Yahoo CEO and former Google executive Marissa Mayer believed that she could turn around Yahoo when many others before her could not.

Starting in 2012, as Yahoo’s seventh CEO in a little over five years, “Mayer put her resources in some of the wrong places, spent a lot of money, and didn’t have a lot to show for it,” according to analyst Jan Dawson as quoted by CNN Money. In a fire sale, in 2016 Verizon agreed to acquire Yahoo for $4.8 billion. This price was cut to $4.48 billion this year after Yahoo was hit by two massive security breaches involving a million users. When the transaction closed this past June, Mayer left the Board and management, albeit with a $23 million golden parachute. The Yahoo brand will continue to exist alongside AOL and Huffington Post as it it folded into digital media division of Verizon, now named Oath.

Whether turning around Yahoo was possible cannot be known. But what does seem evident is that mental traps made the task even more difficult for Mayer:

Meyer’s story shows us just how extraordinarily difficult it is for us to “unlearn” what has made us successful when new circumstances demand a different approach. We are wired to stay on the path we know and adjust our perspective to keep us on that road, even when it leads us to a cliff edge. Yet, Meyer was in one sense exempted from having to jump off the cliff: Based on her personal financial gain, she succeeded wildly, leaving the now captive company with a fortune in hand.

I expect to publish my new book, Big Decisions: Why we make decisions that matter so poorly. How we can make them better, later this year. It will be an antidote for bad decision individual and organizational decision making. You can help me get it published and in the hands of decision makers whose decisions not only affect their lives but all of ours.

Learn more about Big Decisions: Why we make decisions that matter so poorly. How we can make them better and my special half-price pre-publication offer. Thank you!