Case 2: The battle that didn’t go as expected 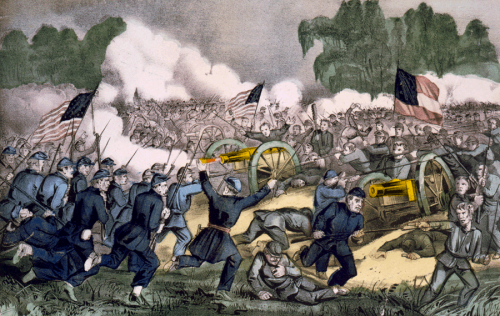 This post is the second installment in my series looking at cases where it seems that “believing we are right” has led to bad outcomes, sometimes even spectacularly bad results, for leaders, teams and organizations.

For my upcoming book, Big Decisions: Why we make decisions that matter so poorly. How we can make them better, I have identified and categorized nearly 350 mental traps and errors that lead us into making bad decisions. In the many high-profile current and historical situations that I have examined, indications abound that the bad outcomes have been produced by mental traps and errors. My premise is that, at the least, if we recognize and admit that we don’t know the answer, we will put more effort into looking for better decision options and limiting the risks stemming from failure when making important decisions.

Our second case is historical, a situation involving a revered leader who seemingly never failed.

Confederate General Robert E. Lee believed that his troops could overrun the Federal’s front line at the battle of Gettysburg.

He was wrong: Pickett’s charge by 15,000 Confederate soldiers against 6,500 entrenched Federals resulted in over 6,000 Confederate casualties and ended Lee’s last invasion of the north.

Here are several traps and errors that may have led Lee to believe the charge would succeed:

Being the leader of an organization that thinks it is superior poses a double trap, as General Lee found out. The leader can actually know less because of the power and isolation of his or her position, and the past successes of the organization can blind it to risks of failure.