Leaders who mislead: A tale of two movies 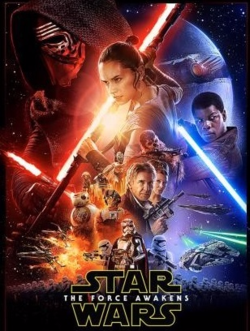 Over the holidays I found watching Star Wars: The Force Awakens in Imax 3-D quite stirring. I thought how wonderful it must be to be able to create one’s own universe, as George Lucas and J.J. Abrahms have done. You set the stage, you choose the players, you determine the story arc, you pose how good and evil battle, you pick the winners and losers. 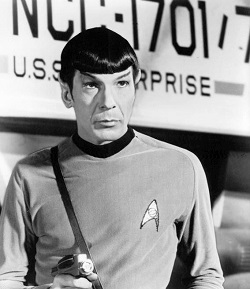 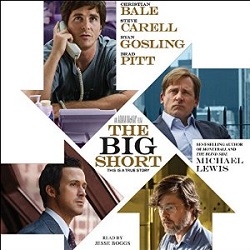 My ideal world would be less stunning than that of Star Wars; it would be more like the logic-based, rational civilization that produced Star Trek’s Mr. Spock. In my ideal world, inaction or wrong action would only stem from lack of knowledge or misunderstanding. In my ideal world, the host of mental flaws, traps, errors and fallacies I have been documenting that lead us to make bad decisions and get undesirable results would not exist.

Another excellent movie I just viewed, The Big Short, is much closer to reality. It shows the world as even less ideal than I would have it. In my ideal world, deceit would not exist. Yet The Big Short paints a vivid picture of a rigged system marked by greed, naked self interest, complicity and power. The slice of life that Michael Lewis so adeptly reveals is but a snapshot of what we observe daily, the irrefutable evidence that others are constantly trying to manipulate us and pull the wool over our eyes and get their own way even when that’s not in our best interest.

This problem is starkly evident in the current U.S. presidential election cycle, where an avalanche of words and positions are being issued to gain our support and diminish other candidates (with Donald Trump’s pronouncements the most evident example)…and yet the evidence objectively assessed often shows the world and our options to be very different than what’s being painted.

Setting politics aside, consider how every-day leaders with bad or misplaced intentions lead us and the business and civic organizations we care about astray.

A first step to improving how we make the big decisions necessary to get better outcomes in our organizations and our lives is to recognize how we are being played, kept in the dark and misrepresented. Here’s a list of some ways leaders use mental flaws, traps and fallacies to mislead us. (If you are the leader and see elements of your own behavior in this list, please change now!)

Playing to our predispositions.

Leaders with malintent play on what we want to hear and our worst instincts. Leaders who mislead:

Leaders can deceive us by establishing false constructs. Leaders who mislead:

Leaders can inappropriately influence our views and decisions by triggering and reinforcing psychological effects. Leaders who mislead:

Leaders’ lack of self knowledge and biases can lead others and organizations astray. Leaders who mislead:

Posing as experts or as knowing more than we do.

Whether by intent or through ignorance, leaders use their position and podium to misdirect us. Leaders who mislead:

Alas, not being Mr. Spock or having The Force at our disposal, we are highly exposed to and too easily misdirected by manipulation by leaders who mislead.

Yet, in our very human way, we can be Spock-like informed skeptics who seek more evidence to either support or disconfirm the leader’s direction.  We can learn about, look for and work to counter or mitigate the many psychological and social factors that contribute to misperception of the world around us and bad decision making.