Open up your thinking. 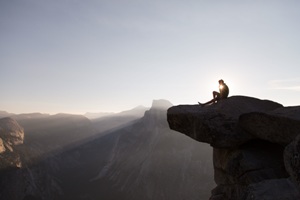 About 20 years ago I was presenting our proposed strategic planning process to a new client for use in a planning workshop. The non-profit had a limited budget, so I had reduced proposed pre-planning, facilitation and implementation activities to a bare minimum.

The CEO stopped me in my tracks. “What about an environmental scan? We need to know what’s going on externally to create a good plan.” My client knew enough to recognize that the plan could be off target without considering external trends and forecasts. Chastened and recognizing his wisdom, I wrapped the scan into our proposed budget, ate the cost, and we created a great plan for the non-profit.

This and other instances have taught me never to propose an incomplete planning process, no matter the budget, and to be open to clients’ thinking on the process to be used. After all, the Association for Strategic Planning’s Body of Knowledge 2.0, which establishes a common language and set of best practices for certification of professionals in strategic planning and strategic management, recognizes that many processes work and are used. I may favor my gap planning process, but I recognize that other roads will reach the desired objective.

This experience came to mind not long ago when the Association for Strategic Planning’s Board of Directors convened to update the association’s 2020 Strategic Plan. I have joked with friends about the challenge as ASP President of leading strategy professionals in a strategic planning process, understanding that each Director brings his or her own process to the table and tends to think that their process is best. Herding cats?

Fortunately, our Board is collaborative; it kindly accepted my gap planning process. But we did tweak the process, based on Directors’ experience and suggestions, for a better result than my process alone would have yielded.

The story could end there, but it is worthwhile to take a moment to consider the dynamics of my experience leading a Board of planners through a strategic planning process.

WHY GROUP STRATEGY DEVELOPMENT IS BETTER 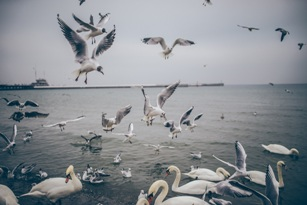 First of all, having others challenge your thinking typically leads to better results. According to researcher Nathaneal Fast, “…the smartest thing you might ever do is bring people together who will inspect your thinking and who aren’t afraid to challenge your ideas.”  Fast’s co-researcher Adam Galinsky observes, “Power can lead to bad decision making. [It’s] a self-esteem enhancing drug that surges through the brain telling you how great your ideas are. This leaves the powerful vulnerable to making overconfident decisions that lead…to dead-end alleys.”

Having others inspect our thinking can counter traps such as: 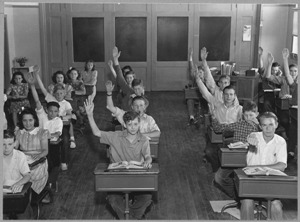 Also, research shows that averaging multiple judgments produces better outcomes than going with one person’s judgment.  Averaging “yields an estimate more accurate than its individual components, on average,” according to researchers Joachim Krueger and Leonard Chen.  Yet, we typically avoid averaging in decision making, in part due to traps such as:

All in all, the leader should view strategic planning as leading a group learning process rather than a top-down exercise. “Leaders must direct a learning process from which they also learn,” according to Michael Beer and Russell Eisenstat, who have studied why strategy fails in many organizations.  They conclude that a “lack of openness lies behind many failures to implement strategy. We’ve become convinced that the most powerful way for leaders to realign their organization is to publicly confront the unvarnished truth about the barriers blocking strategy implementation.” 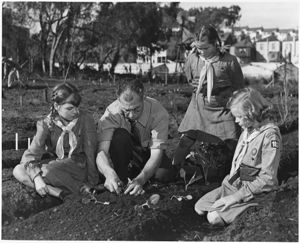 After all, strategy creation and execution is a major exercise in learning and change. The good news is that “learning in the process of strategic planning leads to increased effectiveness of anticipation and implementation,” according to research by Utz Schäffer and Bianca Willauer. They explain, “Both variables have a significant positive impact on the adaptiveness of the unit and indirectly on market performance and return on sales… We recommend that strategic planning be designed in a way that cultivates and promotes learning processes. We show that learning is positively influenced by internal dynamism, internal complexity, a culture of trust, intensity of strategic planning, and decentralization.”

A big reason to approach strategic planning as group learning is that can expose, mitigate or help avoid many decision making traps.  Here are a baker’s dozen examples: