It’s why we deny ourselves fun, keep poorly performing employees,

and up the ante when investments go south 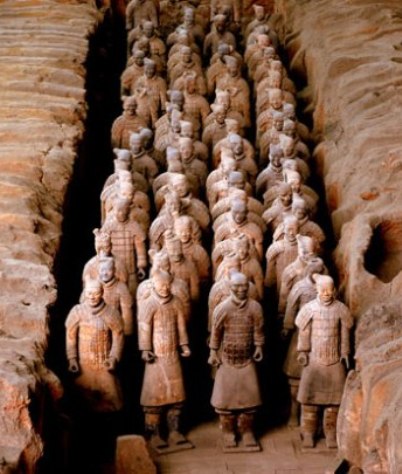 In research for my next book, Big Decisions: Why we make them badly, how we can make them better, I have identified more than 300 mental traps, errors, fallacies and other factors that can lead to bad decision making. You can learn more about my book at Make Big Decisions Better.

In economics, a sunk cost is any cost that has already been paid and cannot be recovered. The sunk cost fallacy is a mistake in reasoning in which the sunk costs of an activity – instead of the future costs and benefits – are considered when deciding whether to continue the activity.  The sunk cost fallacy makes it more likely that a person or an organization continues with an activity in which they have already invested money, time, or effort, even if they would not start the activity had they not already invested in it. The greater the size of the sunk investment, the more people tend to invest further, even when the return on added investment appears not to be worthwhile.

This trap is sometimes described as “throwing good money after bad,” because the resources and effort are already lost, no matter what you do now. 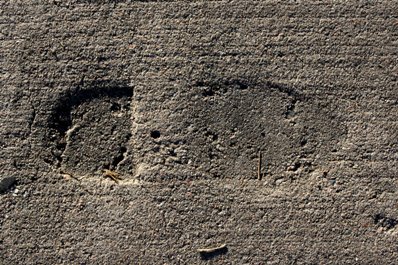 Research shows that sunk costs worm their way into decision making because the previous act of investing raises people’s confidence that they have made a good bet that will pay off, whether or not this is truly the case.1 Other research shows that people who feel personally responsible for creating sunk costs are more likely to subsequently “up the ante” because of the previous costs.2

According to researchers Daniel Kahneman and Amos Tversky, a reason people fall prey to the sunk cost fallacy is loss aversion: People tend to have a much stronger preference for avoiding losses than for acquiring gains.3 Continuing an activity based on sunk costs enables us to avoid (at least for the short run) what social psychologist Dan Ariely calls “the pain of paying.”4

Psychologists cite “cognitive dissonance,” “plausible deniability” and “regret avoidance” as reasons for the sunk cost fallacy: Continuing one’s past behavior, in this case extending and enlarging a prior commitment that otherwise does not make economic sense, is seen as justifying our past behavior, maintaining the appearance that we did not make a mistake, and avoiding the regret that we would experience by stopping the activity in which the investment was made.5

Why it’s a problem 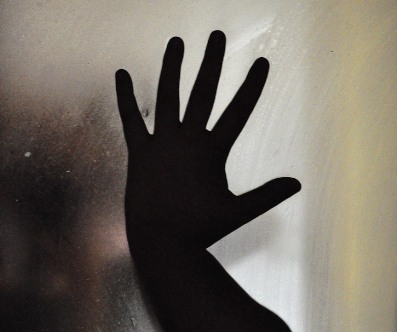 Sunk costs are “irrelevant data” from an economic viewpoint because they are independent of any possible future event: Continuing an activity only because of prior investment is thus seen as irrational behavior unlikely to result in the best outcome.6

Author David McRaney describes the sunk cost fallacy as continuing “a wasteful loop of behavior because of your fear of loss.”7 Waste of resources matters in business, public affairs and economics.

Thinking that greater investment in something you have already invested in will “make it work” not only can be the result of the sunk cost fallacy, but the further investment magnifies the commitment to the activity and can increase the possibIlity of yet more investment based on sunk costs.

Perhaps even worse, escalation of commitment to a course of action only because of past investment can block needed change and limit innovation. 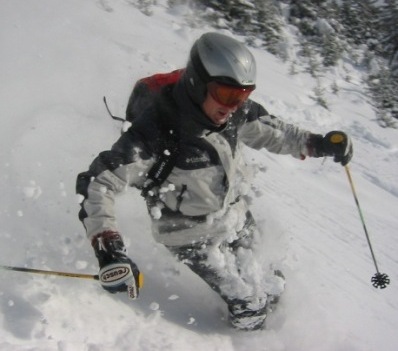 Which would you choose: paying a high price or having more fun?

Research by Ohio University  psychologist Hal Arkes and partner Catherine Blumer suggests that sunk costs may dissuade you from choosing “fun” when it is an option. They asked 61 college students to assume that, by mistake, they had purchased tickets for a $50 ski trip to Wisconsin and a $100 ski trip to Michigan – for the same weekend.8 The students were told they would have much more fun on the $50 trip to Wisconsin than the $100 trip to Michigan. Then they were asked to choose one of the trips and let the ticket for the other trip go to waste.

Surprisingly (unless you anticipated the sunk cost fallacy), a majority of students (33 of 61) chose the less enjoyable $100 trip. It seems the higher sunk cost represented by the $100 payment was more important to them than getting greater enjoyment from the less expensive $50 trip that they had paid for, as well. 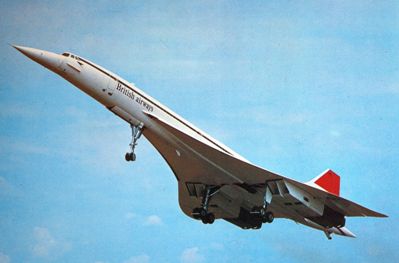 Why would two countries waste huge sums of money over four decades to develop a airplane that no one would buy except their own national airlines who were heavily subsidized to do so?

Consider the case of the Concorde, the first supersonic (SST) commercial airliner. The Concorde was built in a 42-year program by a consortium of British and French companies backed by their governments.

Concorde development began in 1962 based on a treaty between the two countries. The plane began commercial service in 1976 and flew for 27 years. The costs to develop the Concorde were £1.134 billion, which was funded by the UK and French governments. The cost to build the small number of Concordes produced for commercial service, 16, was £654 million, of which only £278 million was recovered through sales. This debt was also funded by the two governments.9

Consultant Peter Saxton, a former RAF pilot and British Airways Captain, chief pilot and senior manager, says the Concorde was “a project which cost the British and French tax-payers a staggering amount for development and construction, was not well managed if massive cost overruns are anything to go by, never made anything close to a financial return for its investors (us), and led the British aircraft industry into a cul-de-sac.”10 He calls it a “a stupendous example of a project that was kept alive for a whole raft of reasons, none of which seems to have included the serious intention of making a commercial return for investors. Those reasons…included maintaining technological expertise, providing employment, securing Britain’s entry into the European Common Market, and patriotism or prestige.”  Saxton surmises that the governments kept “throwing more good money after bad” because they “seemed prepared to pay the prestige premium no matter how high it rose.”

It was this “escalation of commitment” that gave the sunk cost fallacy a new name: the Concorde effect. 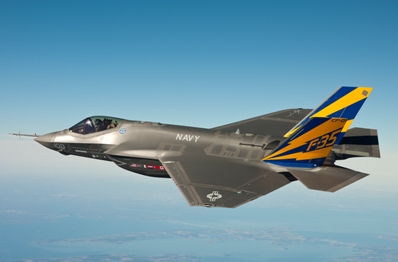 The second aircraft example of the sunk cost fallacy is current.  Immense and rapidly growing sunk costs are at least partly why U.S. defense contractor Lockheed Martin expects production of its advanced F-35 Joint Strike Fighter to increase 10-fold by 2018.11

The F-35 program has been plagued by delays and cost overruns over its 14-year history.  At nearly $1.5 trillion in expected lifetime costs, the F-35, under development since 2001, is the Pentagon’s most expensive weapons program ever. To date, while production of 2,400 plus F-35s is planned, so far the Pentagon has only purchased about 220 planes. Yet the Pentagon has continued to escalate its invesTment in the F-35: Expected program costs have increased 43% from 2001.

Last year’s Government Accountability Office report on the F-35 program stated, according to Government Executive, “Currently the acquisition program requires $12.6 billion per year through 2037.” It said the Defense Department will need to increase program funding steeply over the next five years.  Alarmingly, it concluded, “Additionally, the most recent cost estimate for operating and supporting the F-35 fleet is more than $1 trillion, which [Pentagon] officials have deemed unaffordable.”12

The program continues to be funded.

My employee performs better than yours. 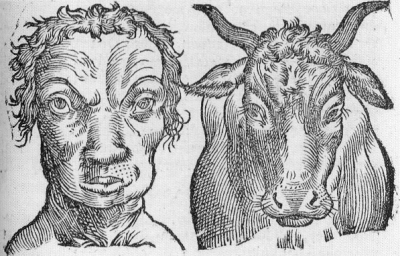 Think twice before giving an employee you hired a glowing performance appraisal. Your appraisal may be influenced by the sunk cost effect.

That’s the takeaway from a study by Purdue University psychologist David Schoorman that uncovered “escalation of commitment” in performance appraisals of clerical employees in a large public sector organization.13 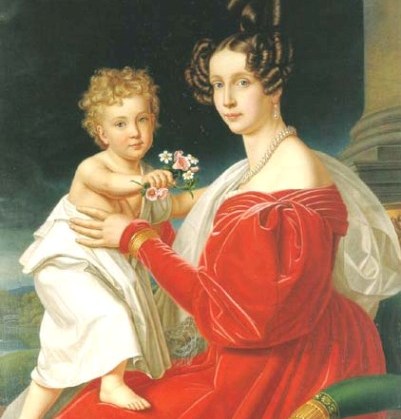 Entrepreneurs are ripe for “escalation of commitment,” as evidenced by their willingness to keep investing in their business even if it is performing poorly.

That’s the conclusion of a three-year study of 826 new firms with less than 30 employees conducted by Anne McCarthy of Indiana University and David Schoorman and Arnold Cooper of Purdue University.14 The owners of these firms had either started the business from scratch or purchased an existing business.

“The results…show that the entrepreneur who starts a business, and expresses overconfidence about its chance for success will exhibit an escalation bias in subsequent decisions regarding the expansion of the asset base of the business,” according to the researchers. The results showed that when entrepreneurs are faced with negative feedback regarding sales growth in the first year, this tendency to escalate investment is greater.  Even stronger evidence for escalation of commitment is the finding that the “entrepreneurs who started a business and received negative financial feedback in the second year expressed significantly higher levels of overconfidence in year three than did entrepreneurs who purchased a business and received negative financial feedback.”

The researchers concluded: “These findings provide support for the view that escalation bias is a significant and common problem in decision-making among entrepreneurs. The characteristics of entrepreneurs and the nature of the decisions they are required to make leave them particularly vulnerable to escalation bias.” 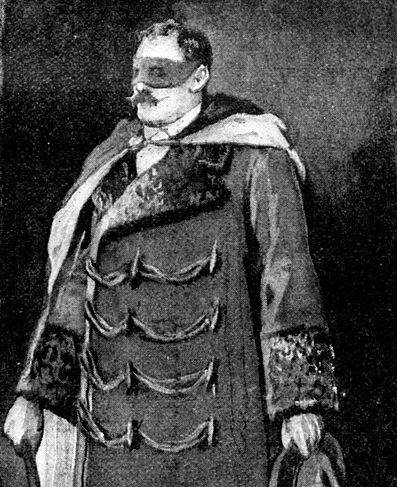 The sunk cost fallacy is at work in banking. That’s the finding of a statistical analysis of bank lending by Barry Staw of the University of California Berkeley and others who studied the relationship among bank executives, loss provisions for non-performing loans and actual bad loans at 132 California banks over a nine-year period.15

The analysis showed that bankers most closely associated with decisions to fund problem loans were less likely to acknowledge the subsequent risks posed by these loans and the likelihood of their default. On the other hand, when there was bank executive turnover, the banks increased provision for loan losses and wrote off more bad loans.

The researchers’ hypothesis was that removing the bankers responsible for making the loans limited the sunk cost effect by reducing “a psychological source of commitment because those people who have reason to defend or justify a course of action would no longer be present to promote such a position.”

The late Harvard philosopher Robert Nozick suggested that our tendency to honor sunk costs may be a helpful behavior when it enables us to overcome the temptation to abandon a challenging project the ultimate success of which may in fact contribute to our long-run well-being.16