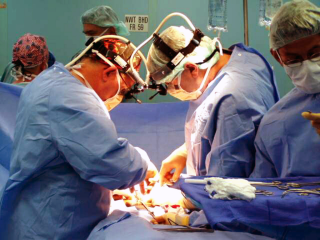 Doctor: “The operation was a success, but unfortunately the patient died.”

One way to help assure that your seemingly great strategy is robust and will produce desired results as opposed to sinking your organization is to conduct a session in which you assess its failure.

That’s right, consider conducting what Gary Klein calls a “premortem” (as opposed to a postmortem).1

Imagine that you are out at the end of your organization’s planning horizon, at that point where your strategies will have supposedly led you to, or at least closer to, the promised land of your strategic vision. Now imagine that, alas, your strategy has failed. Then consider what factors along the strategic journey might have caused it not to be effective (or even led to disaster!).

What likely will emerge from the exercise of conducting a premortem is greater recognition of threats and risks, of under resourcing and a lack of appreciation of competition or hurdles and barriers.

For example, if Dorothy had done a premortem before her trip to Oz, she might have been better prepared to deal with flying monkeys and the other tricks the Bad Witch had up her sleeve. Or, more seriously, with a premortem, perhaps Mylan would have realized that its strategy of hiking the price of its Epi Pen two-pack from $57 to more than $600 posed serious reputational risks for the company.

As always, such a session is better facilitated by an outsider rather than by the group leader or a group member, because those leading and in the group bring along their biases and preconceptions – which are already likely embedded in the strategy for which the premortem is being conducted.

Doctor: “The operation may be lethal. Let’s see what we can do to assure that the patient lives!”