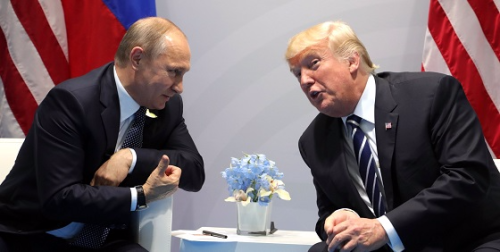 A debate has raged among psychiatrists about whether it is ethically proper to diagnose Donald Trump without directly engaging with him as a patient, whether he indeed displays symptoms of mental illness, and, if so, whether these symptoms should be cause for advocating his removal from office.

Sidestepping this critical debate, from the lens of social science and economics we can easily see that Donald Trump is a poster child for mental traps and biases that get in the way of strategic thinking and rational decision making. While Trump has made millions of dollars, attained celebrity status and won the U.S. presidency either in spite of or because of his decisions and behavior, we can make the case that the mental traps and biases he continues to exhibit are leading to bad outcomes for him and for us.

And, by examining the traps and biases that Trump seems to display, we can see where we, as fellow humans, are likewise affected, albeit most often less dramatically, by these very same mental traps and biases.

THE EVIDENCE FROM TRUMP

Let’s begin our series of posts on mental traps and biases that Donald Trump appears to exhibit by observing that Trump and Republicans in Congress continue to have a blind desire to repeal Obamacare without a comprehensive, workable replacement. Trump continues to pursue building a wall on the Mexican border despite clear analysis that shows a wall will not substantially affect illegal immigration.1 His impulsive action to fire FBI Director James Comey has led to Special Counsel Robert Mueller’s investigation that is haunting the Trump White House.

Trump’s biographer Tony Schwartz writes, “Trump can devolve into survival mode on a moment’s notice. Look no further than the thousands of tweets he has written attacking his perceived enemies over the past year. In neurochemical terms, when he feels threatened or thwarted, Trump moves into a fight-or-flight state. His amygdala is triggered, his hypothalamic-pituitary-adrenal axis activates, and his prefrontal cortex — the part of the brain that makes us capable of rationality and reflection — shuts down. He reacts rather than reflects, and damn the consequences. This is what makes his access to the nuclear codes so dangerous and frightening.”2 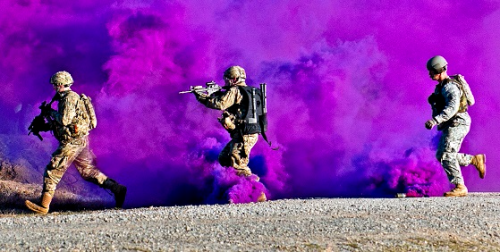 “Whatever failures I have known, whatever errors I have committed, whatever follies I have witnessed in public and private life, have been the consequences of action without thought.” — Bernard Baruch

How it works: Researchers Anthony Pattu and Richard Zeckahuser write, “One potential source of action bias is that nature may have equipped us with a desire to do something, a desire that is usually beneficial but sometimes clouds decision making. Recognition of adrenaline charges and fight or flight responses, perhaps even the fact that humans get readily bored and hence seek stimulation through new activities, suggest such possibilities. A second potential source is that individuals develop general tendencies toward action as a decision heuristic, but also carry the penchant over to inappropriate circumstances.”3

Why it’s a problem: Action-oriented bias results in non-rational decisions that “are at variance with traditional, economically based normative policy analyses that rely on such techniques as cost-benefit analysis.”4 Beyond the realm of economics, this bias leads to non-rational decisions and actions, as well. For example, it is pervasive in medicine. 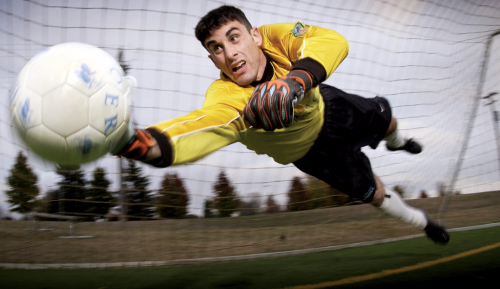 Goalkeepers jump when they shouldn’t. Soccer goalkeepers need to choose their response to a penalty kick before they clearly know the direction of the kick. Two analyses, one of 286 penalty kicks in top leagues and championships worldwide and the second of 32 professional goalkeepers, show that while the optimal strategy is to stay in the goal’s center, goalkeepers almost always jump right or left.

The research team offers insight on goalkeepers’ penalty kick behavior: “Because the norm is to jump, norm theory implies that a goal scored yields worse feelings for the goalkeeper following inaction (staying in the center) than following action (jumping), leading to a bias for action….The seemingly biased decision making is particularly striking since the goalkeepers have huge incentives to make correct decisions, and it is a decision they encounter frequently.”6,7 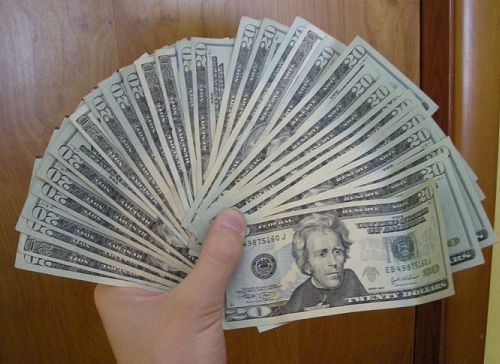 Active trading risks worse results. When investing, taking action whenever things change can be a high-risk approach, as research comparing the gains made in active versus passive investing makes clear.8

A famous study by Nobel Prize winner Eugene Fama at the University of Chicago and Ken French at Dartmouth College shows that returns from actively trading shares can easily be out weighed by trading costs: “Luck versus Skill in the Cross-Section of Mutual Fund Returns” shows that when fees are included, active managers’ performance is no better than chance and that “we expect that a portfolio of low cost index funds will perform about as well as a portfolio of the top three percentiles of past active winners, and better than the rest of the active fund universe.”9

Finance professional Jim Cahn assessed the active-versus-passive investing results thusly: “There are some active managers that beat the market, but no more than would be predicted if you had a bunch of random stock picking machines. Putting it another way, if you had 50,000 people flip a coin 10 times, odds are a few would end up with heads 10 times in a row, but that doesn’t mean they are skilled, or that heads is more likely than tails on their next flip.”10 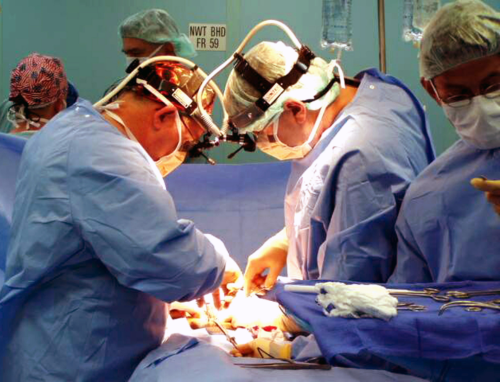 Insert a pulmonary artery catheter! (But is it effective? Is it harmful?) The pulmonary artery catheter (PAC,also known as the Swan-Ganz or right heart catheter) was introduced in 1970. According to Andrew J. Foy, M.D., “No significant testing was performed to establish its clinical effectiveness prior to its widespread implementation.”11 Today, While PAC usage has declined in recent years, PAC usage continues in cardiac ICUs.12  Foy asserts, “No evidence exists to support this practice, and it may be harmful.” Complications can be life-threatening, including arrhythmias, aneurysm formation, rupture of the pulmonary artery, thrombosis, infection, pneumothorax and bleeding.

Foy cites large studies of the use of PACs with myocardial infarctions and concludes, “After adjusting for risk factors, all three found that PAC use was associated with increased mortality rates except in those cases complicated by cardiogenic shock, where it was associated with no difference.” Looking at more studies of PAC use, he observes, “There is no evidence from the published literature that PAC monitoring improves outcomes, and it may cause harm.” 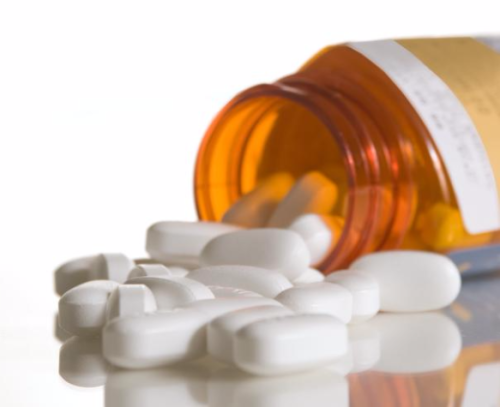 We have no clue, but that won’t stop us. A research study involving primary care physicians also shows the bias for action.13 The physicians were given clinical vignettes describing patients who had unusual complaints, no clear diagnosis, and no apparent need for urgent care. They were asked to provide the most likely diagnosis for each case, rate their level of confidence in that diagnosis, provide a management strategy for each case and give their level of confidence in the chosen approach.

“Physicians proposed, on average, 22 diagnoses for each case. Most indicated that they would choose action (testing, consulting, sending the patient to the emergency department, or prescribing) rather than follow-up only (87% vs 13%).” The study authors conclude, “Uncertain diagnosis is a regular challenge for primary care physicians. In such cases, we found that physicians prefer a workup to follow-up, an inclination consistent with ‘action bias.'” 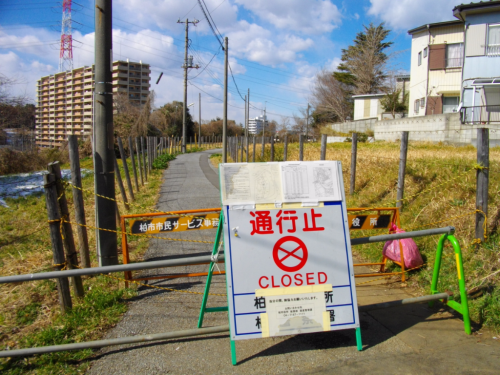 Abrupt change of plans. Just three days after the first explosion at Japan’s Fukushima nuclear plant in 2011, German Chancellor Angela Merkel announced she “was planning to shut down the country’s oldest nuclear plants and bid farewell to a technology she had vowed was critical just six months earlier.”14Roughly half of the nuclear plants were switched off immediately and the German government pledged to close the rest by the end of 2022.

Not surprisingly, the three German utilities with nuclear power plants saw this abrupt action as “a form of expropriation.” and subsequently claimed “the accelerated nuclear phase-out resulted in total damages to them of about 19 billion euros.”15 In December 2016, Germany’s Constitutional Court ruled that the companies were entitled to “‘appropriate compensation’ for the government’s decision to rush the shutdown of their nuclear reactors.” So what if the odds are tiny? Terrorism threats drive action, even when risks are very low. An example cited by Cass R. Sunstein of Harvard Law School and Richard Zeckhauser of Harvard’s John F. Kennedy School of Government is the anthrax scare of October 2001.

They wrote that it “grew out of exceedingly few incidents… Only four people died of the infection; only about a dozen others fell ill. The probability of being infected was exceedingly low. Nonetheless, anxiety proliferated; people focused their attention on the outcome rather than the extremely low probability of the harm. The government responded accordingly, investing significant resources in ensuring against anthrax infections. Private institutions reacted the same way, asking people to take extraordinary care in opening the mail even though the statistical risks were tiny.”16 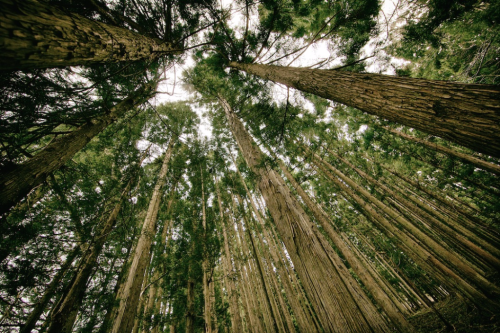 Evidence is hard to come by, so let’s just act. Summing up their research on environmental interventions, Paul J. Ferraro of Johns Hopkins University and Subhrendu K. PattanayakIn of Duke University write that for “most environmental projects, knowledge of the effectiveness of interventions that will be taken on the ground is rather weak.”17 They explain, “Our understanding of the way in which policies can prevent species loss and ecosystem degradation rests primarily on case-study narratives from field initiatives that are not designed to answer the question ‘Does the intervention work better than no intervention at all?’ As a result, taking action may be evaluated more positively than collecting additional information, partly because of a lack of evidence that actions would be ineffective.”

Further evidence of action bias in the environmental realm comes from researchers in Australia who have studied why environmental managers are prone to act: They surmise that those responsible “may feel that they will earn credit from their superiors,the general public, and the media if they take action even when it is not justified or should be of relatively low priority.”18 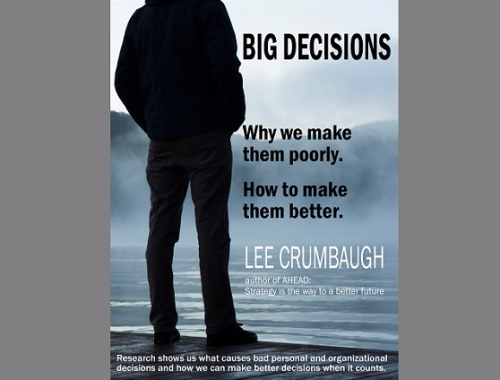 This series relies on some of the research conducted for my upcoming book, Big Decisions: Why we make decisions that matter so poorly. How we can make them better.. It will be an antidote for bad decision individual and organizational decision making. You can help me get it published and in the hands of decision makers whose decisions not only affect their lives but all of ours.

Learn more about Big Decisions: Why we make decisions that matter so poorly. How we can make them better and my special half-price pre-publication offer. Thank you!